Reflection for First Sunday in Advent

1ST SUNDAY IN ADVENT – B

I discovered backpacking as a teenager.  I also discovered that I could hike faster than my older trail companions.  This came in handy when they needed people to go ahead to scout out springs or set up camp or go ahead of the group because we were running late to our pick up point.  (Remember there were no cell phones back then).  So I got pretty good, even with a heavy pack, at moving fast, following blazes, seeing what was in the distance.  Then it happened.  My back and my ankle were giving me trouble and I settled in with the group, hiking behind the eldest member of our group who organized most of our trips and hiked very much by the philosophy of slow and steady wins the race.  I did not like her pace.  But she rarely had to take breaks.  And hiking at a different pace, albeit forced, with a different perspective, I noticed, along the same stretch of New Jersey headed toward Delaware Water Gap that I had hiked before, beavers in the water, fawns in the brush, wildflowers along the trail.  It was amazing.  And it caused me to  wonder – what had I missed before?  There would be others in my life who would help me to slow down too.  Because to really be immersed in wonder and awe and beauty and power, I needed to slow down, watch, wait, stay alert, pay attention.

Maybe the season of Advent is like that too.  So often we see Christmas as a destination to rush towards, carrying our to do list which we pursue frantically.  And it has often been the church's job to be the annoying countercultural voice who waits to celebrate, waits to sing Christmas carols, preaches the season of Advent as a time to slow down, reflect, ponder one's relationship with God and one another,   I have preached those sermons, and people largely humored me as they rushed off to decorating, parties, and Christmas shopping.  I have preached those sermons and then I myself rushed off to decorating, parties, and Christmas shopping.  No time to slow down, watch, wait, pay attention, read, pray, spend quality time with family and friends. And often the journey is just as important as the destination.  So maybe, this year, with less open, less travel, we can journey differently. We can experience more.  We can notice more.  About ourselves, our family, our friends, the natural world around us even as the color of fall has turned to a simpler more barren landscape but no less brilliant sky.  Can we pay attention?

In this morning's Gospel lesson, I would say that Jesus does a pretty good job of getting the disciples' attention.  He certainly got my attention!  And yet despite how Jesus' words sound to us, he wasn't trying to get their attention with doom and gloom to scare them.  Rather it was to reassure them and give them hope that no matter what happened, God would be with them. If that makes no sense to you, then perhaps some context would be helpful.  The Gospel of Mark was written around the time of the destruction of Jerusalem and the Temple.  Nero was ordering the killing of Christians and Christians were fighting among themselves.  Many thought that the end of the world was coming and for some the world, as they knew it, had already ended. The saw the end of the world coming but what they needed to see was how Jesus was coming.  They needed to stay alert and pay attention to what was going on around them.  And so do we.

According to Episcopal priest, professor, and writer Barbara Brown Taylor, there are three different ways that people wait for the second coming of Christ.

The first way is to look for the literal end of the world.  Many people have tried to figure out when the end of the world would come by dissecting the book of Revelation and reading the signs and / or by mathematical calculations.  People have made millions of dollars with books explaining when and how the end of the world will come, only to have their readers be reminded later that as Jesus says, "No one knows the day or the hour except the Father."

The second way is to let our awareness of the end times heighten our commitment to the present. In other words, let's make the best of the lives God has given us and help to serve those in need.  Let us love our neighbors as ourselves and give them glimpses of the coming kingdom.

Yet this season of Advent reminds us that God keeps coming into our midst each and every day and giving us the strength and hope that we need to press on against all odds, in those places where hope can seem hard to find.  We are called to open our eyes and ears and hearts.  To pay attention – not only to God's kingdom that is coming but to the places where God's kingdom is already present, revealed here and now.  In Word and Sacrament, prayer and song, family and friends, food and celebration and love.  We live in the divine drama between the now and the not yet, proclaiming Christ's coming in history, mystery, and majesty, remembering how God came to us in the past as a baby in a manger, a Savior on the cross, and a risen Lord out of the tomb, noticing the ways God speaks to us here and now, and looking forward to how God will come to us in the future to make all things new.

Let us pray – God of new beginnings, meet us wherever we are on our journey, open our eyes, our ears, and our hearts, and use us in ways we cannot imagine just yet to be a blessing to others and a sign of your coming kingdom.  Amen.  Come, Lord Jesus. 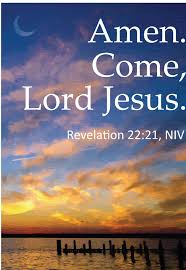 By Pastor Mueller October 21, 2013
Dear Friends,       There are several learning opportunities coming up in week ahead that I wanted keep on your radar.   - "Aslan on the Move" :  This Sunday (downstairs in Jerusalem Room)  at 9:30 AM we gather together for a presentation / discussion based on Christian themes found in the C.S. Lewis classic, "The Lion, the Witch, and the Wardrobe."   This gathering will continue through November 24.  Anyone from high school students to senior citizens are welcome to attend.  Join us and be enriched in faith.    - "Lunch Bunch Bible Study" - We gather each Thursday at noontime in St. Andrew's Hall to look a little deeper at the assigned bible texts that will be proclaimed the upcoming Sunday.  We provide coffee and printed out texts.  You are free to bring Bibles and a bagged lunch if you wish.  People who rarely take part in Bible Study have become a part of this group and have found it very helpful in their walk of faith.
541 comments
Read more

By Pastor Mueller April 21, 2014
Holy and Living God,   You continue to confound  our expectations and surprise us with your redeeming power in our lives.  Come among us, risen Lord.  Reveal yourself to us that we may know with confidence that nothing in all creation, not even death, can separate us from your love.  In Jesus' name.  Amen .   A word of thanks to all of you who offered your hearts and hands and voices to a deeply moving Holy Week and a joy filled celebration of the Resurrection.  It was exciting to see an increase in attendance at special services throughout Lent and Holy Week this year, especially among those who are newer to our faith community. Many hearts were touched and lives were lifted up through the celebrations of this past week. We are truly blessed. Continue to pray for those who were unable to be with us on Sunday, the sick, the struggling, the hospitalized, the homebound, and the dying.  Pray for our brothers and sisters in Christ around the world, especia
287 comments
Read more

By Pastor Mueller November 25, 2015
Dear Friends, As many of us prepare for Thanksgiving Day and the weekend ahead, I want to wish you a truly blessed celebration.  Many of you will be gathering with loved ones and, while likely eating way too much food (Enjoy!),  offering thanks for God's abundant blessings.  May your joy be full and overflowing tomorrow and throughout the holiday season ahead. However, let us also remember that there will be others for whom this festive season will not be experienced with the joy of abundance, nor surrounded by family and friends.  Many thanks to those of you who continue to reach out to bless the homeless and hungry of our communities at Thanksgiving and throughout the year to make a difference in lives that are hurting. The weeks ahead can also be a time of great sorrow for those who are grieving the death of a loved one.  Take time to reach out to those experiencing loss, honoring boundaries and their desire to take a step back from festivities when needed, but
146 comments
Read more

Digital Sunday Worship on Facebook as well as this site